I think it’s important to bring up failure every once in a while.  Heck, even every day.  You might think, “why would I want to think about failure EVERY DAY.  It’s painful.  It’s uncomfortable.  It doesn’t make you feel like your best self.  Awww, come on.  It makes you feel like…well like manure.  Excrement.  A squashed bug that no one cares about…whoa whoa whoa, calm down, calm down, no need to go that far (note to self.)

Yes, it isn’t fun.  You could say it sucks.  But here’s the thing.  What if I told you that failure was going to be the greatest teacher you would ever had.  See, here’s the thing.  Success is awesome.  Winning the lottery, achieving your fitness goals, passing the test…all that is awesome and peachy…strawberry swirls and all, and you SHOULD celebrate those things.  But here’s the thing.  You aren’t going to learn as much from those triumphs as you will from your lowest of lows.  Sure, you might learn that you finally figured out the correct way to bake red velvet cupcakes without the entire muffin tops-plural- falling off the oven (true story,) or being able to speak Spanish with accurate conjugations and in perfect past tense (una historia verdadera) link, or the classic, good ol’ riding a bike-without training wheels (see here.)  Yes, all of those things feel awesome in the moment when you’ve learned them and can finally execute them perfectly.  But you don’t learn nearly as much from when you ruined the cupcakes, garbled your Spanish, and face planted off your training-wheel-less bike.

See, when you fail…yes, it sucks once again…but it provides the impetus and opportunity to both learn how to be resilient, try again, and implement a new strategy.  This is when the magic truly happens.  If we succeeded without failing on our first try, yes, it would feel great-but there wouldn’t be anywhere to work our way up from, and even more importantly, we wouldn’t learn the crucial skill of bouncing back up again.

If we didn’t learn that skill of jumping back up, the inevitable (YES, INEVITABLE) failure that would come our way-it would destroy us.  We would have no previous failure to look back on and see how we rebounded.

This is why I think we need to think of failure differently.  We need to “Fail Forward,” as motivational speaker and best-selling author Eric Thomas says.  Trust me, when those failures come your way, as much as they hurt, they will teach you more than any incredible success you have ever had.

I can confidently say that I embrace failure.  Yes, sometimes it hurts like no other mentally and physically, but without failure, looking back, I realize I never could have done certain things.  Personally, I’ve been offered positions which I was previously denied, physically achieved goals I previously never came close to.   However, the universal importance is not in what that thing was.  It was the ability to get back up again and go after that goal again.  Every failure I now experience, I try to glean something from it, learn from it, no matter what.  Yes, the pain will be there.  It will likely suck (more than suck, suck beyond words even) and can last for a while.  But the pain will fade, as long as you don’t hold on to it.  Something else will take it’s place.  Something more powerful and helpful to you in the long run.  New lessons will be learned and the future glory will last forever.  Which still isn’t the end of your journey…but’s that’s for a future post.

PS  Check out this awesome video below which I think gives A nice visually stimulating and supportive video for this post.  I recommend listening with high level sound, without deafening you.  And watch to then end.  You won’t regret it. Enjoy. 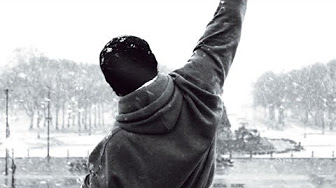 Why Do We Fall – Motivational Video